AgriTech applications are diverse and include a variety of agricultural and technology breakthroughs. However, the goal of all of these AgriTech innovations is the same: to grow more food in less land and with fewer inputs. At the same time, it also saves farmers time and money by automating chores and replacing most of the labor required in a farming operation - which is often the most expensive input to a farming system. This section will look at several significant industry-disrupting AgriTech examples and their applications.

AgriTech is used in agriculture, gardening, and aquaculture, breeding aquatic creatures or producing aquatic plants for food. AgriTech's involvement in simplifying farming may be seen in using a soil sensor to measure moisture content and moisture flow, which can transmit data back to a farmer on-demand, hourly, or daily. This saves a farmer money from walking out towards the field regularly to check just on the ground.

Agriculture is a significant industry in Malaysia.

Agriculture is critical to economic growth and prosperity. It is essential to human survival because it provides food. It contributes greatly to business growth in other areas of the economy as a supplier of industrial raw materials. This industry has long been the backbone of the Malaysian economy, producing agricultural products for home consumption and generating foreign money. Agriculture also contributes to the national GDP.

With agriculture being one of our most important economic sectors, it's crucial that ways to improve processes are constantly being developed and implemented. But one major issue still stands in our way.

Smallholder farmers, who account for the vast majority of farmers in the local agricultural industry, are the most in need of dryland agriculture. They are the ones who suffer low production and agricultural yield and a lack of staff on their farms. There are also concerns about the inability to handle natural disasters and waste from poor farming practices. In terms of workforce, employment in the agricultural sector has decreased significantly, from 1,570,300 in 2018 to 1,541,100 in 2019. As a result, the farm output must come into the picture to cushion the drop before it reaches an all-time low for farmers.

AgriTech, such as smart sensors and drones, is not cheap. Drones that give footage of field conditions, for example, can cost roughly $1,000 (approx. RM4,145) apiece, without including the fee of the hired personnel to operate one. It is now an unreasonable price for many smallholder farmers if they are expected to pay it out of their own pockets. The three AgriTech businesses emerged as Bootcamp winners:

Developing black soldier fly larvae from organic waste and feeding them to cattle, animals, and pets

AgriTech is a restricted marketplace where farmers may acquire direct loans for the equipment they need. Farmers can also receive a credit score, and lenders can get a clear picture of the farmer's needs, anticipated ROI, and timescale.

"We'd want to get our hands on automated technology like a robotic harvester to save labour expenses, or a weather station gadget that can tell us the ideal time for planting, fertilizing, and watering based on past data." But it's simply too pricey anymore,"

The enormity of such a market may appear overwhelming to individual investors, but fear not: chances for individual investors to grab a piece of this delectable pie are growing! Venture capital firms have traditionally been the biggest funders of AgriTech enterprises and startups.

"We believe the investment in Braintree Technologies will establish the environment presented for a smart agricultural business strategy by trying to capitalize on Petronas' strong knowledge in urea and fertiliser application, as well as Braintree Technologies' artificial intelligence (AI) and robotics technology."

However, the financial landscape around AgriTech is fast evolving, and nearly anybody may now participate in such firms through Equity Crowdfunding. Startups and small firms seeking to expand quickly turn to alternate finance such as ECF to support their projects.
Fefifo Malaysia Sdn Bhd - a co-farming technology company that focuses on enabling the next generation of farmers in ASEAN by providing ready-to-farm spaces and technologies to kickstart a modern agribusiness. The company closed its equity crowdfunding campaign with a resounding bang in November 2020, achieving US$756,590 (RM3,092,242), which was 1,031% of its initial funding target. The fundraising effort, which took place on the ECF platform Ata Plus, drew 53 investors, 49% of whom were non-Malaysians. A single foreign investor contributed more than US$146,810 (RM600,000).
As the world population grows, so does the need for higher-quality and much more food, enabling the AgriTech industry to grow even more. It's just time until investors acquire a slice of this booming market.

Because of the apparent importance of the agricultural industry in Malaysia, several measures have been launched by the government and private sectors to encourage the growth of AgriTech. One such program is sponsoring entrepreneurs that provide farmers with AgriTech solutions to better their livelihoods while enhancing the productivity of their processes. In 2018, the Malaysian Digital Economy Corporation launched a pilot project to boost agricultural output and quality through a public-private partnership with the Pertubuhan Peladang Kawasan Kuala Langat (PPKKL). Farmers were able to implement an Internet of Things (IoT)-enabled fertilization and irrigation system, which allowed them to cut monthly fertilizer consumption by 20%, monthly labor needs by 25%, and total yield quality by up to 90%.

The following year, at the end of the Global AgriTech Summit, the Malaysian Global Innovation & Creativity Centre (MaGIC) organized a boot camp for AgriTech companies to investigate agribusiness potential deeper and discover the newest events in the present agricultural market. Several AgriTech businesses that emerged from the boot camp provided various technology solutions to farming difficulties in Malaysia.

MDEC and CIMB Islamic announced an MoU in April 2021 to expand a comprehensive microfinancing initiative with an initial funding package of RM10 million, with the potential to be increased to RM25 million, to catalyze Digital Agriculture Technology (Digital AgriTech) in Malaysia. Digital AgriTech is a subset of AgriTech that focuses on using digital technology to give the agricultural industry tools and information to make better decisions and increase production.

Meanwhile, MDEC's ongoing eLadang program, which aims to pilot the use of computer media in transforming traditional agriculture into a high-income digitalization profession, benefited 548 participants by December 2019. Seventy-eight farmers use its digital farming technology, resulting in a 20% increase in crop yield, a 30% rise in revenue, and a 30% reduction in operational costs. Three digital labs were also created to teach, certify, and push the usage of digital technologies in agriculture. Since Malaysia's critical position in the agricultural economy, the AgriTech industry has significant growth potential, evidenced by several public and private efforts. So these possibilities will continue to rise in the future years.

Estet Sepakat's mission is to develop a network of internet paddy farmers motivated by data to assist them in generating a stable lengthy income, allowing local farmers to realize the rewards of substantial paddy estates. According to Khazanah Institute data, Malaysian paddy farmers can produce much more minor than Malaysia's average B40 (bottom 40) income level. This gap has been linked to paddy farmers becoming the industry's least minor, most dispersed player. ES seeks to address this marketplace problem by creating a community of farmers investing in ES today to be a part of Malaysia's dynamic and expanding AgriTech ecosystem. Check out the campaign website for more information on hazards, mitigation techniques, and other program elements. 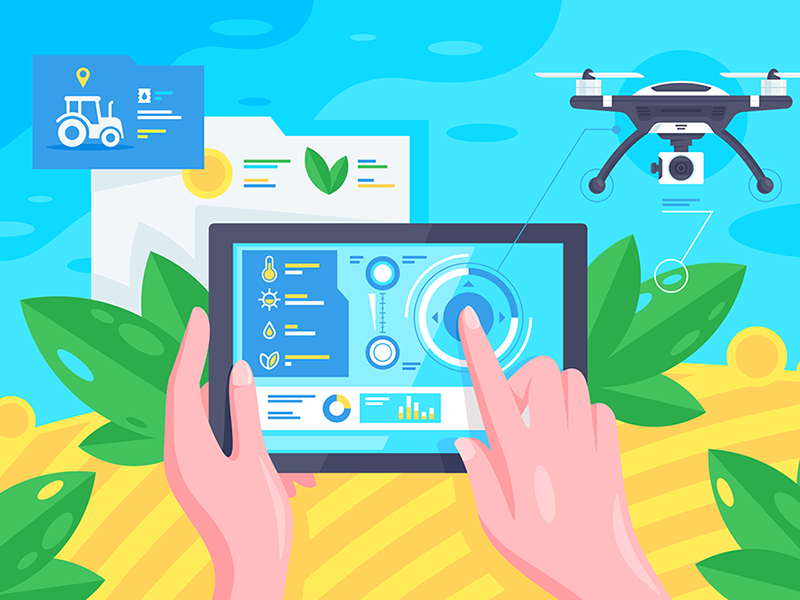 The worldwide ATaaS market is estimated to hit $2,492 million by 2024, at a CAGR of 21.75%. The price of agricultural technologies increases, and ATaaS providers retain more customers due to the recurrent nature of their services. ES is seeking investment opportunities ranging from RM 1,000 to RM6,000,000 in exchange for 9-30 % shares of the company to find its place in this expanding market to achieve its mission.

Given the market potential, ES forecasts an annualized ROI of 24% for an RM6 million investment over five years, based on total revenue of RM146,836,326. ES also intends to purchase investors' shares in five-year tiers and pay 40% of net profits as dividends depending on the type of shares owned by the investors as part of the ROI. Class M1 investors are expected to get 12% of the 40% payout, while regular investors receive 28%. Participate in Estet Sepakat to be a part of Malaysia's vibrant and developing AgriTech ecosystem.

Benefits of having a credit policy! What is that? How it works?

Is Payment Friction Challenging Your Business Growth And Development?

FinTech: The Future is Now!

Open banking is a system that enables third-party applications to access and depends on consumer financial and banking accounts.
西瓜真甜哦~ in Technology 8 months ago

Durian, or often known as King of Fruit is native to Southeast Asia countries. Durian industry in Malaysia can be boost through the use of technology.
zeroas in Technology 11 months ago